Marlins former pitchers had the best debuts of 2019 season by David Levin
Could Jae-Hwan Kim be the Next Marlins Signing? by Kevin Kraczkowski

Every June, the Marlins participate in the annual MLB Amateur Entry Draft.

As far as picking in the 33rd round, the Marlins have 28 years of history to draw on. In all that time, they’ve yet to produce a major league player from that round. It’s not impossible, however. Twenty-three players eventually advanced to the majors from the 33rd round of drafts between 2005 and 2014, led by right-handed reliever Craig Kimbrel, with 19.6 career WAR.

Five-foot-10, 170 lb. outfielder D’Andre Toney was taken by the Marlins 1007th overall in 2010. They couldn’t get the Columbus, GA native to come to an agreement, and he was a again selected in 2011, this time by the Kansas City Royals in the 14th round.

Toney spent his first professional season at the Rookie level for the Royals, with the Arizona Royals. He later played for the Houston Astros minors, between the rookie Greeneville Astros and the Low-A Tri-City ValleyCats. In 149 overall games, he hit .270/.360/.409 with 10 home runs and 35 stolen bases.

James Nygren was a six-foot-one, 185 lb. right-handed pitcher from Klamath Falls, OR and a four-year player with the Oregon State University Beavers. As a senior, he was 8-3 with a 3.47 ERA and a 1.17 WHIP over 16 appearances, including 10 starts. The Marlins picked him with the 1033rd overall choice.

Over the next five seasons, Nygren worked his way up through the Marlins system, from the Rookie-Level all the way to the Triple-A New Orleans Zephyrs. In 157 professional games, including six starts, Nygren was 22-11 with a 3.85 ERA and a 1.27 WHIP.

Steve Weber was a six-foot-six, 210 lb. right-handed pitcher from North Royalton, OH. The Marlins chose him out of Eastern Michigan University in 2012, with the 1007th overall choice.

Dallas, TX native Blake Douglas was a six-five, 220 lb. right-handed pitcher with Weatherford College. In 15 games, he was 1-0 with a 4.91 ERA and 35 K’s in 55 innings. With the 982nd overall choice in the 2013 draft, the Marlins gave Douglas an opportunity to turn pro. He did not, and didn’t play organized ball after his one season of NJCAA play for the Coyotes.

Austen Smith was initially taken in the 48th round of the 2010 draft by the New York Mets, out of Pensacola catholic in Pensacola, FL. He instead joined the Crimson Tide for the University of Alabama, playing all four seasons of his eligibility. In 226 Division I games, he hit .285/.373/.440 with 24 home runs and 84 RBI.

Saugus, MA native Ryley MacEachern was a six-foot-two, 213 lb. right-handed pitcher out of Salisbury School in Salisbury, CT when chosen in the 37th round in 2013 by the Philadelphia Phillies. Instead, MacEachern joined the Stony Brook Seawolves, where was 5-3 with a 4.76 ERA and 65 K’s in 85 1/3 innings over two seasons.

Despite that solid output, MacEachern didn’t play above the Middle-A Greensboro Grasshoppers in the South Atlantic League in 2016 and 2017. In 55 professional games, he was 6-3 with a 3.58 ERA and 76 strikeouts in 83 innings.

Six-foot-four first baseman Branden Berry was Miami’s 33rd round pick in 2016, with the 983rd overall choice. In four collegiate seasons – three with the University of Washington and one with Cal State Northridge – Berry appeared in 211 games and hit .280/.374/.416 with 20 home runs and 125 RBI.

Berry remained in the Marlins’ system for two seasons, rising no higher than the Grasshoppers and totaling a .249/.333/.376 slashline in 61 contests.

Loxahatchee, FL native Kyle Farjad was a five-11, 215 lb. lefty pitcher with Palm Beach State College in 2017, where he was 5-1 with a 1.69 ERA in 12 relief appearances with 69 strikeouts in 64 innings. After the Marlins took him with the 989th overall choice, he played in 10 games for the GCL Marlins and struck out 10 in 12 1/3 innings, with a 1.86 WHIP. He didn’t again appear in amateur, affiliated, or semipro baseball as tracked by the Baseball Cube.

Taken 987th off the board in 2018, shortstop Andrew Martinez declined to sign with the Marlins, instead playing a second season at UC Santa Barbara. Two seasons of collegiate ball and a .269/.380/.472 triple slash later, the Baltimore Orioles took him in the 24th round in 2019. 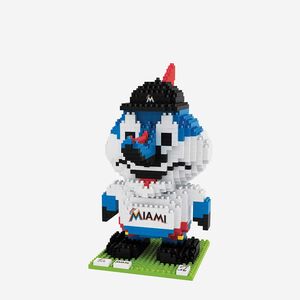 Owings showed enough to get promoted for the 2020 campaign, maybe as much as two levels worth. Look for him to begin the season either with Batavia or with the Clinton LumberKings in the Single-A Midwest League.

Next: Breaking Down the 34th Round
Load Comments
Event Tickets
Powered by StubHub
Top Stories